If you’re a beginning guitar player just starting out, it’s probably a pretty safe bet to say there are a lot of things about playing the guitar that seem a bit overwhelming. Learning how to manage the instrument itself (how to hold it, how to fret notes, picking techniques, etc.) and trying to understand even the most basic music theory topics is hard enough...but then you have to (gulp) learn to read formal sheet music as well?!?

You’ll be pleased to know that isn’t the case!

Fortunately, an amazing tool exists that has helped countless guitarists of all skill levels learn how to play their favorite songs. It’s called ‘guitar tablature’ (often called ‘guitar tab’ or simply ‘tab’ for short), and it’s a novel way of graphically showing you exactly what, how, and when to play.

Don’t let yourself be intimidated - it’s a lot easier than you may think! Let’s spend some time today to go over the basics of how to read guitar tabs - we can say that you should be up and running in very little time.

But what exactly is guitar tab, and how does it work?

Guitar tab is a quick way of taking the musical information out of traditional sheet music (also called standard notation) and showing it in a way that can be easily understood by guitar players of any skill level. It looks like what you see below:

The top line is actual standard notation, and the bottom is the guitar tab itself. It’s extremely common to have the top line shown, and it’s actually a good thing - you can use it as a learning tool to help kick start your knowledge of how to read sheet music.

The bottom line - the actual tab - is where the rubber meets the road. Let’s face it: standard notation can look like a bunch of dots and lines, and it can be a bit intimidating. Guitar tab takes that info and translates it in a way that you can understand right from the start.

The six horizontal lines represent each of the six strings on your guitar (bass tabs have four), with the bottom line representing your low E (6th) string. The line above that is the A (5th string), and so forth...all the way to the top line (the high E, or 1st string).

You’ll notice that wherever there is a note to be played on a given string, that there is a number as well. This represents the fret that the note is to be played on. So if you look at the first part of our example you’ll see two notes on each string. The first is on the low E string on the 5th fret (A) then the next is the C note found on the 8th fret.

Next is a move to the A string, playing the D note on the 5th fret then moving up to the E that is found on the 7th fret... and so on up to the high C on the 8th fret of the high E string. Here’s a little secret for you: if you take a closer look, you’ll see that those 12 notes are a simple ascending A minor pentatonic scale!

But what about when you have to play more than one string at a time?

Not an issue! With guitar tab, two (or more) strings played simultaneously are simply stacked on top of each other. Looking at the last measure, you’ll see a stack of numbers that refers exactly to this scenario. What we have there is an open position Am chord (keeping in line with the A minor pentatonic scale before it).

That’s really all there is to it!

When to use guitar-centric techniques

Of course, there is a bit more to using guitar tabs as a complete educational solution overall. It also has innovative ways of showing when to use specific techniques that are used exclusively on the guitar.

Taking our A minor pentatonic scale as an example, this is how guitar tab would look if you were supposed to use hammer ons for each string (note the tie symbols and the ‘H’ above each group of notes where the hammer on is to occur):

On the flip side, a similar approach is used for pull offs as well in the case the scale is to be descending. Here you’ll see that the higher note is always first, and it’s important to note that the ‘P’ stands for ‘pull off’:

Guitar tablature is a wonderful method of learning how to play the guitar that takes a lot of the stress and guesswork out of the equation. It’s designed and geared towards guitar players (and bass players...we won’t leave you out in the cold) exclusively, and it is a very intuitive way of learning that really doesn’t take much time at all to understand.

To be completely fair, we do have to say that yes - learning how to properly read sheet music is a skill that any musician can benefit from. It would be somewhat irresponsible to downplay having that ability, especially if your musical goals are to play at a professional level. But it’s hard at the start, almost like learning how to write and speak a foreign language. Another thing to consider - it can even be more challenging to learn with an instrument like the guitar where you can play the same note (at the same pitch) in multiple locations on the neck (unlike a piano where each note is unique to a specific piano key).

That’s where guitar tab has a great advantage. It’s quick, easy to comprehend, and it can get you to your end goal much faster when starting out.

So what do you think? Not too much to take in, right?Here’s an idea for you to help get started: every budding guitarist (even those that have been around the block a time or two) has a song that they really want to learn how to play. Head on over to PaidTabs.com today and make your free tab request! 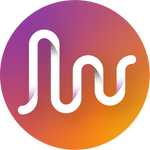